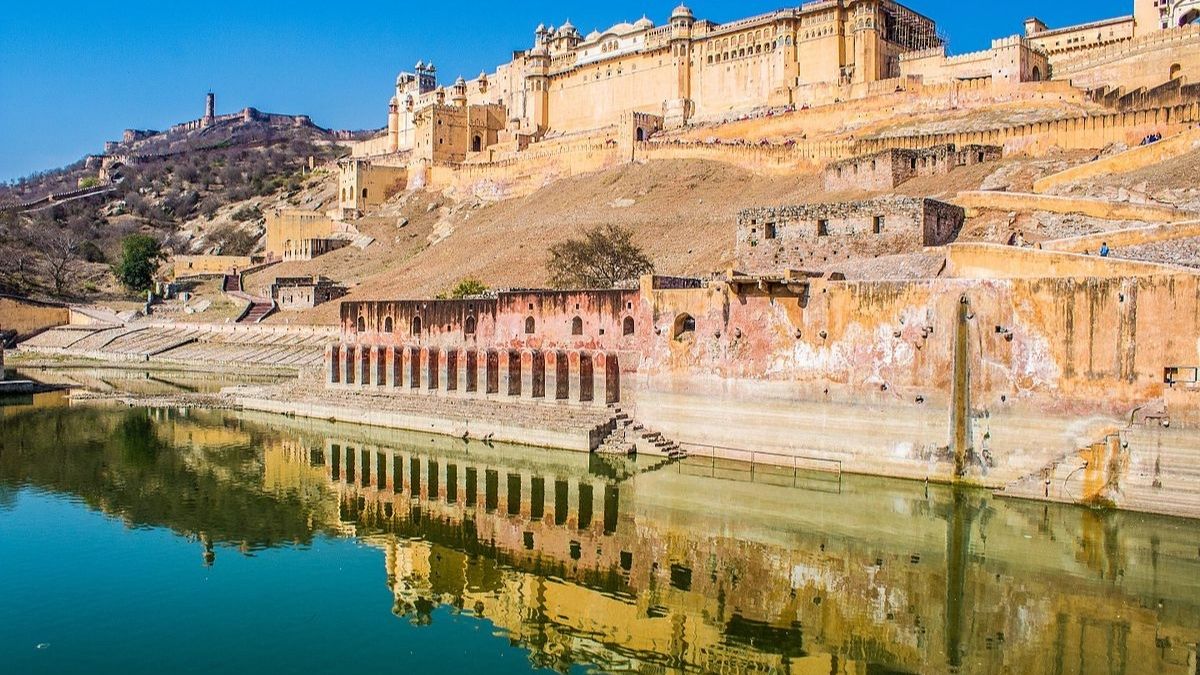 Rajasthan is a historical place which holds the treasure of ancient heritage and culture. Rulers and their era is long gone but the legacy lives on through forts, palaces and temples of the state. Here’s a guide of top 5 forts of Rajasthan which are a must visit of you’re planning a trip to the state!

Located on the Aravali highlands, Amber Fort of Jaipur offers a breathtakingly beautiful view of Maota Lake. Built in 16th century by Raja Man Singh, this fort displays Mughal Architecture which was created by using red sandstone and marble doubles.

Located on the top of Trikuta hill, the fort is the second oldest fort of Rajasthan. It was built way back in the 12th Century using yellow sandstone by Rawal Jaisal. The fort is also popularly known as “Sonar Quila” or “Golden Fort”

One of the earliest forts of Rajasthan, Chittorgarh fort was constituted in the 7th century. The UNESCO World Heritage Site is home to many romantic tales of Rajasthan and holds a significant part of Rajasthan’s history. It is also popularly known as Water Fort, as there are about 22 water bodies within the fort making it a good spectacle and also one of the best forts in Rajasthan.

One of the most prominent cultural landmarks of Jodhpur, the establishment of this fort was done way back in 1458 by then Rathore ruler Rao Jodha. There are seven massive gateways of the fort and each of them signify their great victory on different kingdoms.

Built by the king Maharaja Sawai Pratap Singh in the year 1799, Hawa Mahal is one of the most clicked forts in Rajasthan. The numerous windows or jharokhas were built so that the queens and their daughters could see the views of the city and its daily hustle without being seen.

Best places to have food in Jaipur